In part 1 of this series, we will look at the undermining product manager. The underminer is a manager who says one thing to your face, and does the opposite behind your back. Underminers may also sow seeds of doubt about your competence to others on the team. 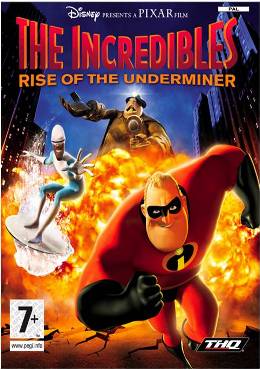 Disney’s “The Incredibles” image from Wikipedia.

But poor product management can cause a lot of problems. Instead of having a positive impact, they can detract. When product managers persist with unhealthy behavior, they can derail projects, demoralize team members and destroy productivity.

Recently, a colleague approached me because they were having misgivings about a new product manager that had joined the team. The team saw the value in the role, and had hired their first product manager. After the initial adjustment of adding a new team member, they were expecting some positive outcomes, but instead, technical leadership were very concerned. They asked me if the behavior they were seeing was normal for a product manager. What they described might be normal, but it was certainly dysfunctional. I was reminded of an article I wrote a few years ago on management anti-patterns so I decided to revisit that content but with a product management slant.

An underminer is someone who says one thing to your face, but does something else (often the opposite) when you aren’t around. Underminers might be motivated by their own agenda and wish to circumvent current plans and work items. If they want something else worked on other than the current work items, they will go from person to person until they find someone who will agree with them. People will often quietly work on items that aren’t being accounted for at the request of an undermining product manager, which skews team efforts.

Underminers are destructive because they ruin productivity, create distrust among team members, and weaken the credibility of the people they disagree with.

In a product management role, they are especially destructive because they ruin team alignment and shared goals, which is an important aspect of team success. Sure, once in a while you have to make an unpopular decision or work with some people in private to get things done, but that work still needs to be transparent and working towards shipping the product. In fact, many times a product manager makes an unpopular decision because it helps with goal alignment and ensures the team stays on track. An underminer doesn’t share the goal of shipping software in the manner the team has agreed to do already. The resulting toxicity caused by an underminer also kills individuals’ intrinsic motivation to work on a project, which is a primary driver for our work.

Underminers are motivated in different ways. Sometimes product managers are directed by powerful stakeholders who feel they aren’t getting their way, and that the technical team aren’t listening to them. Instead of dealing with this head on, they prefer to have a plant or someone on the inside who is doing their bidding secretly. In other situations, a product manager may read (or misread) the political tensions in an organization and feels that if they show some initiative and push the team in a different direction, that will lead to their own success and a promotion or similar reward. Still others are in a position that is beyond their expertise, and they are desperately trying to find some control, or deflect their lack of skill by putting focus on others.

Underminers are horribly toxic for teams (and companies) because they are good at marketing themselves to powerful people in the organization, and are quick to take credit when something goes well. Once they have built up enough credibility, they also shift blame onto other team members who can become vulnerable politically through no fault of their own. This means that the people with the most power are the last to see through the undermining behavior. By then, the damage has already been done. They also cost the team a lot of extra money and lost productivity in frustration and a lack of alignment. A project will need to draw on more reserves than initially budgeted due to their behavior, and many won’t survive.

How do you deal with an underminer?

The underminer is so deadly, not only will a team miss their shipping targets and go over budget, the team will lose confidence in each other, and the organization. I’ve seen teams start to falter and people start to spend their time looking for a new job after two weeks of an undermining manager appearing on the scene. They are nasty, and it’s important to screen for this sort of thing when hiring.

It’s also important to examine our own work and habits as product managers on a team. While we may not intend to undermine, we may exhibit these behaviors from time to time. It’s a good idea to have personal retrospectives periodically, and when we catch ourselves exhibiting underminer habits to take immediate action to correct them. If we are under stress or feeling frustrated with the progress of the team, we can easily fall into this sort of behavior. All it does is detract, so we need to police ourselves whenever we are tempted.

This site uses Akismet to reduce spam. Learn how your comment data is processed.

Thoughts on product development, management, design, mobile and other topics.